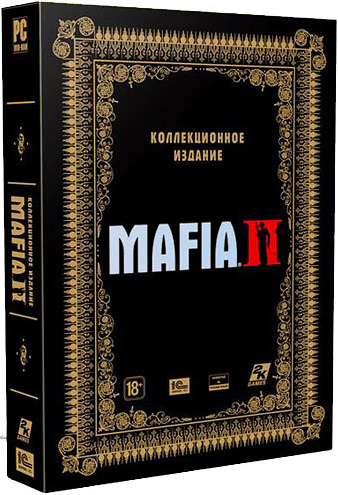 GK_online information about the seller and his items
offlineAsk a question

The Mafia is immortal: the long-awaited continuation of the famous gangster saga from the creators of the original game - a new immersion in a ruthless and intriguing world that promises a lot of thrills.

Mafia II was created on a specially developed graphics engine, which allowed the authors of the project to realize all the most daring ideas and say a new word in the genre, the canons of which were determined by the first "Mafia". The classic elements - shootouts, fights, moving around the city on various types of transport - have gained unprecedented proportions, and the game world has become truly limitless.

The protagonist of the new story is Vito, the son of an Italian immigrant who grew up in poverty and lack of rights. Since childhood, he learned that the mafia is the only way to wealth and respect for a person of his position, and, not wanting to eke out a miserable, full of deprivation, like his father, existence, he decided to become a gangster.

The criminal career of Vito and his bosom friend Joe begins with petty thefts and theft of cars, but they quickly rise to the higher steps of the criminal staircase. And then it turns out that the real life of the “tough guys” is not as cloudless as it seemed in boyish dreams.

League of Legends (RU) - RP on the Russian server