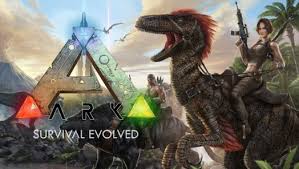 !! INSTANT DELIVERY DIRECTLY AFTER YOU CONFIRMED YOUR PAYMENT !!

After payment of the order, the system automatically (without our participation) will instantly send you a link to the mail for access to the official activation key of the game - ARK: Survival Evolved

Being thrown naked on the shore of a mysterious island called ARK, freezing and dying of hunger, you will have to hunt, gather resources, create objects, grow crops, explore technologies and build shelters to withstand weather conditions. Use your trick and resources to kill or tame and breed huge dinosaurs and other primitive creatures that inhabit the island, and unite with hundreds of other players or hunt them to survive, dominate ... and overcome difficulties!

The following features are present in the game from the first day of launch in early access. In the long-term development of the game we have much more opportunities and improvements planned, but now you are available in ARK right now:

TRAIN, TRAIN, DIVIDE AND RUN THE HIGH ON DINOSAURES IN A LIVING ECOSYSTEM

Activating the key:
- Download and install Steam - http://steampowered.com/download/SteamInstall.msi
- Register a Steam account
- Go to the "Games" section and select "Activate via Steam"
- Enter the activation key
- After that the game will be displayed in the list and you will be able to download it and play