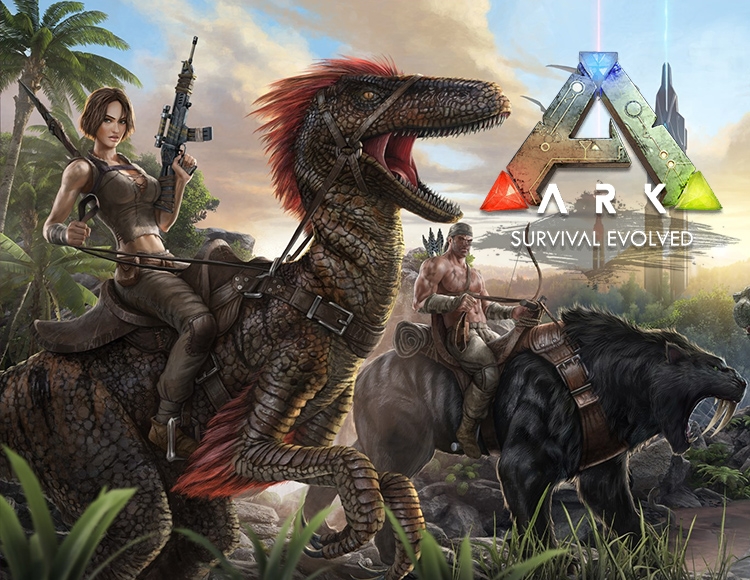 Loyalty discount! If the total amount of your purchases from the seller servicesoft more than:
If you want to know your discount rate, please provide your email:

servicesoft information about the seller and his items
offlineAsk a question

After payment you will receive a link where you can get a license key for the ARK: Survival Evolved game from the official supplier, Buka, for activation in the STEAM system.

1. You need to download and install Steam http://store.steampowered.com/ (if not already installed)
2. Register a new Steam account or log into an existing one.
3. Go to the "My Games" section and select "Activate via Steam", enter the key.
4. The game after activation appears in the list of games and you can download it from Steam.
5. Enjoy the game.


Description:
Being thrown naked ashore of a mysterious island called ARK, freezing and starving to death, you will have to hunt, collect resources, create objects, grow crops, research technologies and build shelters to withstand weather conditions. Use your cunning and resources to kill or tame and breed huge dinosaurs and other primitive creatures that inhabit the island, and team up with hundreds of other players or hunt them to survive, conquer ... and overcome difficulties!

The following features are present in the game from the first day of launch in early access. In the long-term development plan of the game we have planned a lot more features and improvements, but here’s what is available to you right now in ARK:

TRAIN, TRAIN, BREED AND RIDE A DINOSAUR IN A LIVING ECOSYSTEM

Dinosaurs, other creatures and their breeding! - More than 50 creatures in early access and 100+ to the final release - can be tamed with a complex system of capture and attachment, including weakening the untamed beast to complete stunning and then caring for it with appropriate food. After taming, you can give commands to your pet, the implementation of which will depend on how well you tamed and trained him. Pets, whose level will increase, will need food, they can carry things and equipment, for example, armor, can carry prey back to your settlement depending on their strength, and you can ride larger animals and directly control them! Fly a pterodactyl over the snowy peaks of the mountains, throw allies through the walls of the enemy, chase through the jungle with your flock of raptors, break into the enemy base on a giant brontosaurus or chase prey, sitting on the back of the furious T-Rex! Become a part of the life cycle of a dynamic ecosystem with your own food chain, where you are just one link, among many species of creatures fighting for dominance and survival. Pets can also be bred by mating with the opposite sex, conducting sequential selection using a trait system based on recombinant genetic inheritance. This process includes both egg incubation and the development of pregnancy in mammals! Or, more simply, breed and raise cubs of dinosaurs and other creatures!