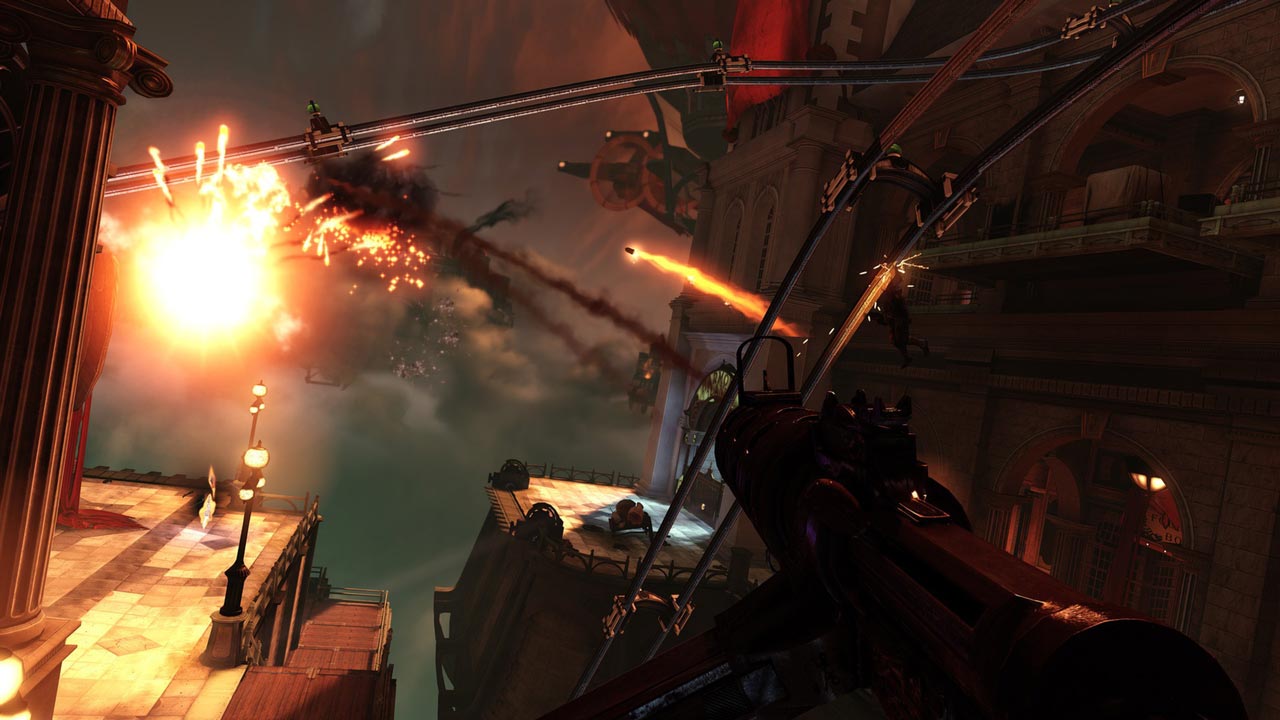 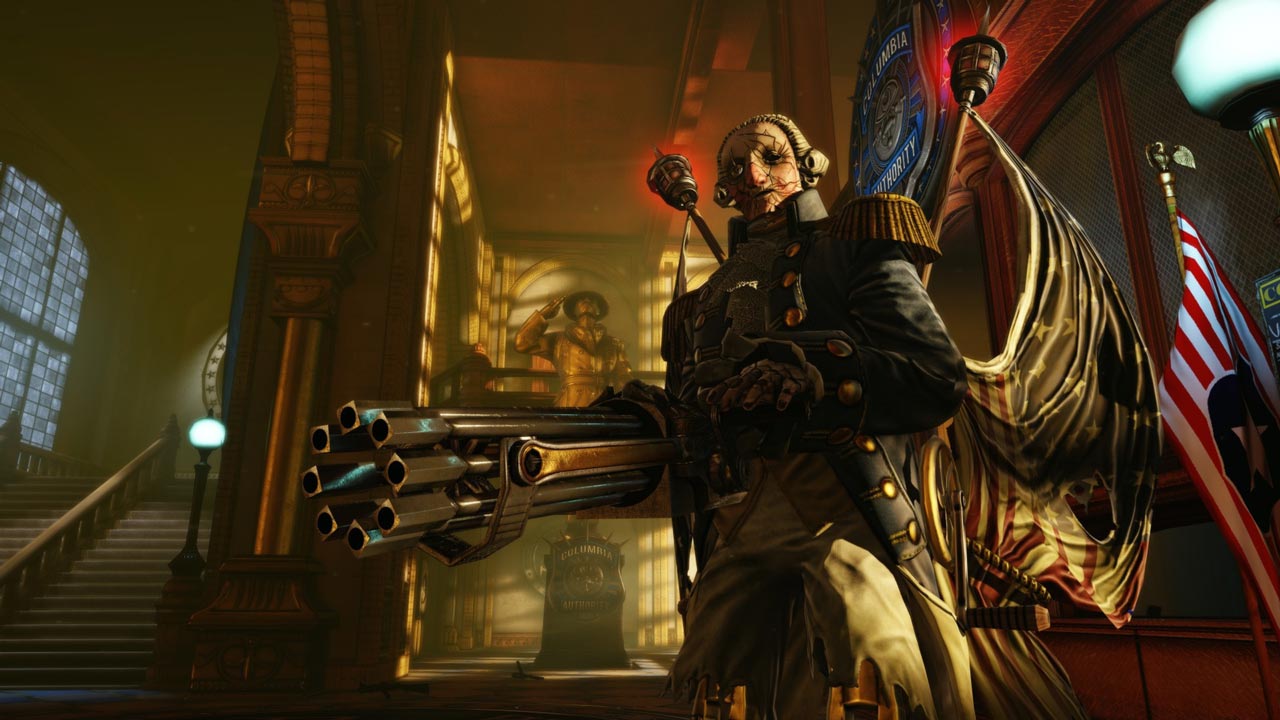 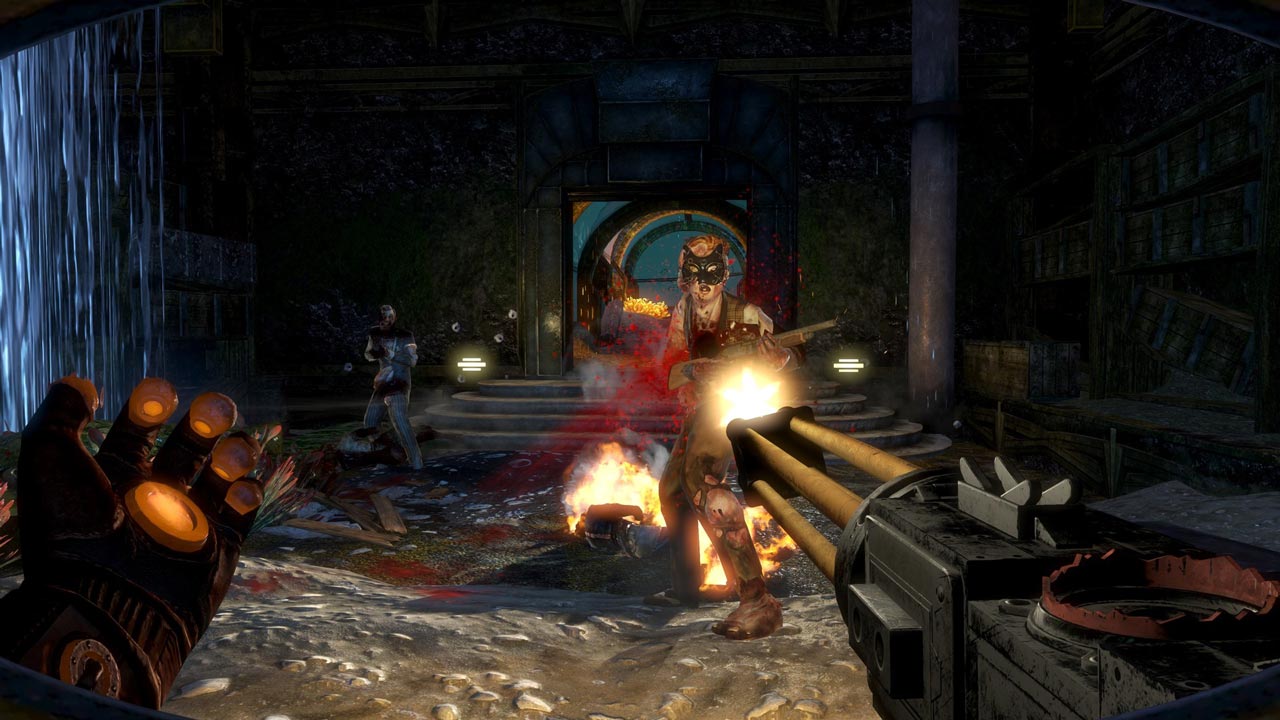 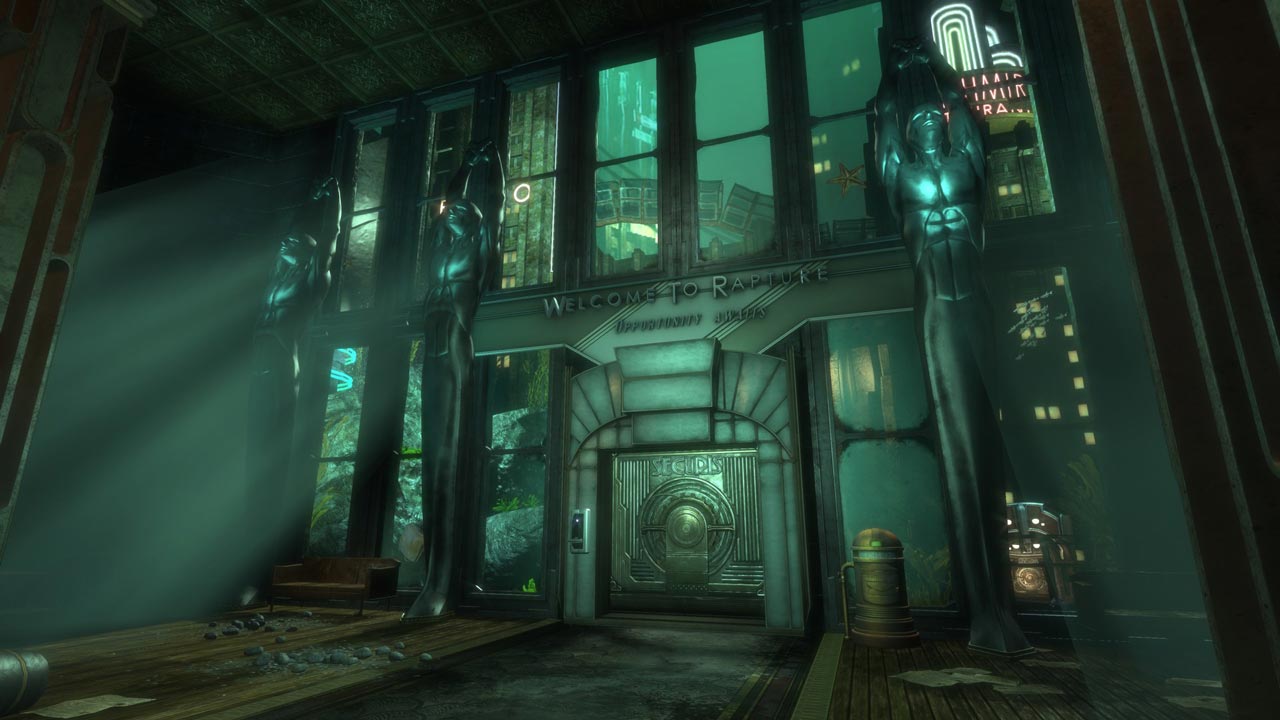 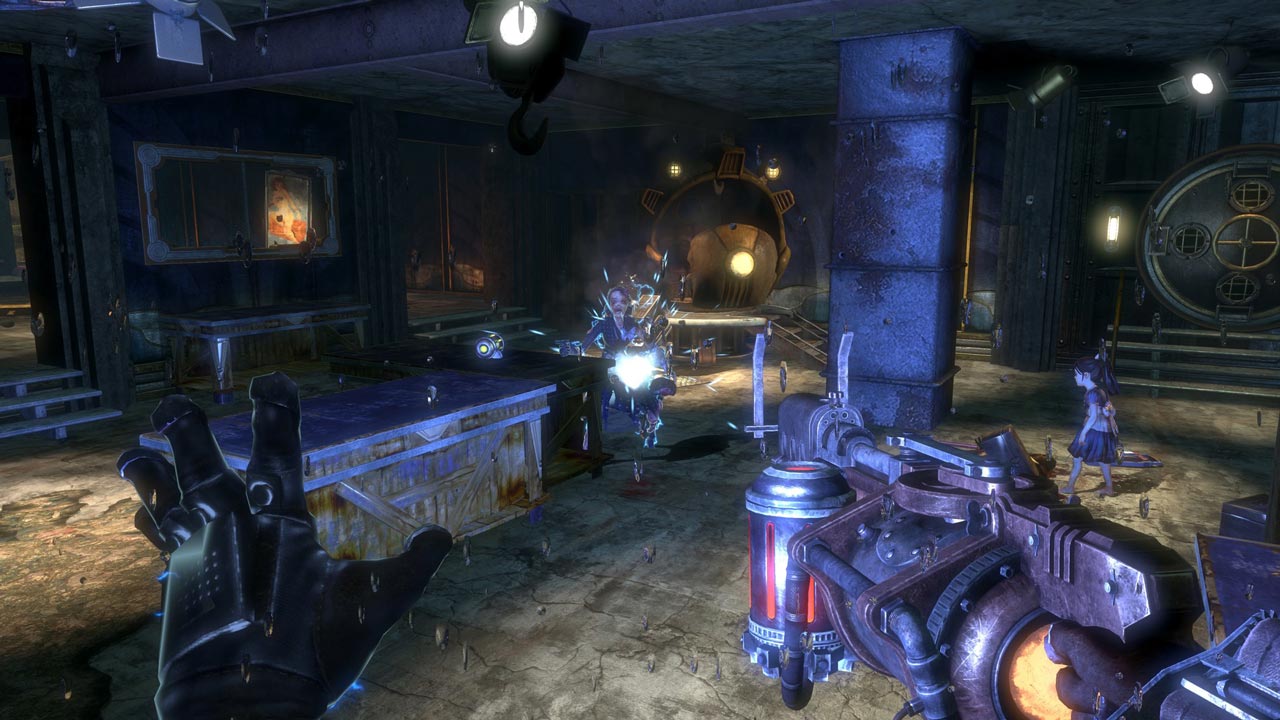 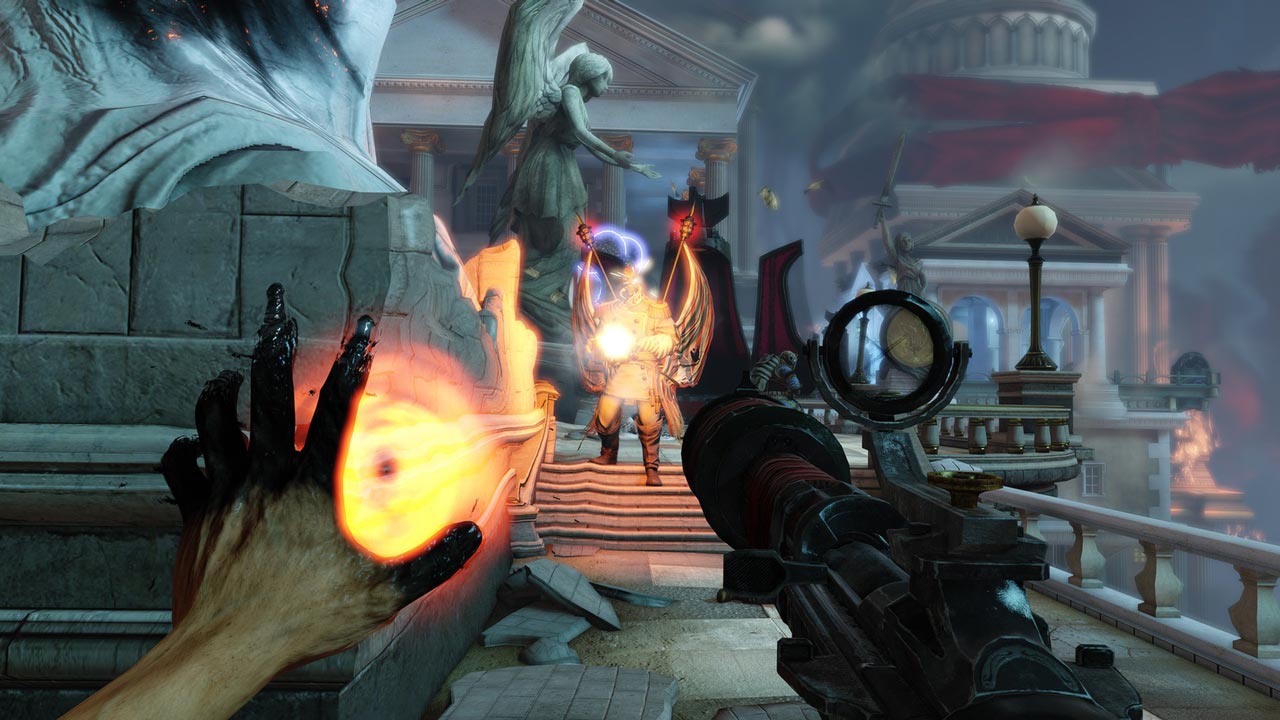 
Bioshock
Fate turned out to be favorable to the only passenger of the crashed plane. Around many miles unknown waters. Ahead is a lonely lighthouse, under which the lucky ones are waiting for the ruins of an underwater utopia, the fallen victim of a civil war. Why did fate save you? Are you ready to give up your human nature to save your own life?

Bioshock 2
Ten years have passed since the dramatic events of the original BioShock game ended. On the coast of the Atlantic Ocean, a series of mysterious disappearances of little girls takes place. The protagonist of the new game is Big Daddy, the prototype of all such giants, the only one who was not deprived of reason and will. In the role of this character, the player will go to explore the ruins of a dead, but still beautiful city to find answers to numerous questions and destroy the main enemy.

BioShock 2: Minerva´s Den DLC
Minerva´s Lair offers a completely new stand-alone plot for BioShock, where the previously unknown side of Delight appears. Find the necessary devices to unlock new targets and zones in random order. As your power increases, you will encounter a wide range of opposition in Delight: new fights are always waiting for you.

Bioshock infinite
Former trooper of the US Army, and now a simple mercenary Booker DeWitt is heavily indebted to the wrong people. To save his life and get rid of debt, DeWitt agrees to save a mysterious girl named Elizabeth, who has been imprisoned since childhood in the flying city of Colombia. Trying to get out of captivity alive, Booker and Elizabeth will have to fight together using a large arsenal of special abilities and weapons. On their way to salvation lies a beautiful and deadly flying city, carefully keeping its own secrets and secrets.

1. You need to download and install Steam http://steampowered.com/download/SteamInstall.msi (if not already installed).
2. Create a new account on Steam or go to an existing one.
3. Copy the resulting link and paste it into the Internet browser.
4. Take a gift to the library or add it to your inventory.