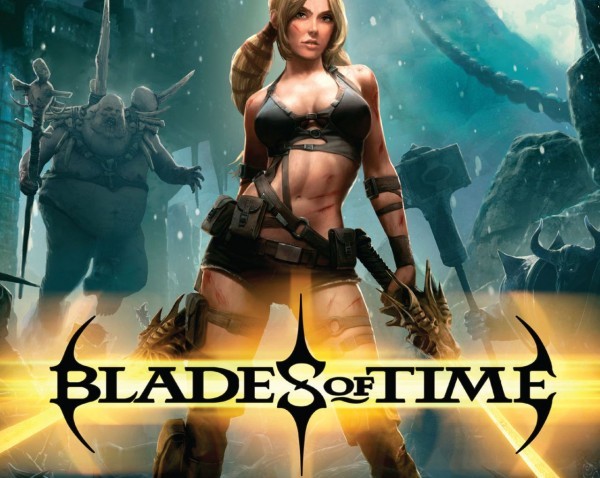 After completing the purchase of Blades of Time edition you will receive a license activation key immediately after payment in your account http: http://www.oplata.info

Ayumi - fearless hunter treasure. It is superbly armed and extremely beautiful. In search of valuable booty girl goes on a mysterious and, of course, an island full of dangers. As it turned out, this place is not only rich in treasures - it is literally steeped in oppressive Chaos magic. And very soon, Ayumi realizes that the island hides many ancient mysteries and can give a lot of useful skills and abilities.


Using all that turned up under the arm: swords, guns, and most importantly, a revolutionary new game mechanics "Rewind Time" - the ability to turn back time - Ayumi elegant and spectacular will deal with the hordes of enemies and solve dozens of amazing puzzles, clever escape deadly traps and break out grip of a mystical island.

• In Blades of Time you have the ability to turn back time Ayumi useful in solving puzzles and battle hordes of enemies.

• Ayumi learn rapidly accelerated, enabling it to quickly overtake opponents or elude his pursuers, as well as travel, using the features of the landscape.

• The game world in Blades of Time amazing variety of beautiful landscapes: there are snow-covered plains, lush jungles, ancient cities, ancient temples and even the heavenly islands.

• Over forty different komboatak, as well as various schools of magic spells to help Ayumi nice to deal with any opponent.

!!! ATTENTION !!! Every third client (in random order) to leave positive feedback after purchasing the game Blades of Time, get on your Email, given when purchasing goods, an individual activation key gift games on Steam. As a gift you get one of the more than 30 different games to Steam. Subscribe key is made within 48 hours, excluding weekends since write a review.


How to start playing Blades of Time:

• If the Steam client is not installed, download and install it.

• Log in to your Steam account, or register a new one if you have not already have it.

• Go to "Games" and there select "Activate via Steam».

• Enter the activation key (to obtain it is necessary to buy the Blades of Time).

Eador: Masters of the Broken World