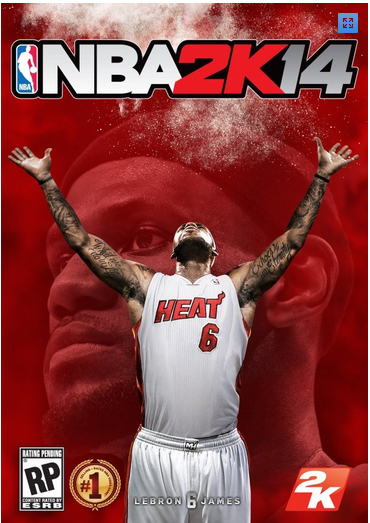 Worldcdkey information about the seller and his items

►Opisanie games: ◄
NBA 2K13 has become an extremely important part of the world´s biggest game of the series, dedicated to basketball. She received more than 38 awards for "Best Sports Game of the Year" and was very warmly accepted by critics and players. NBA 2K14 is going to raise the bar even higher and give millions of sports fans and gamers the best basketball simulator in the world.

This year, 2K teamed up with the most powerful force in the entire league: LeBron James! Players will enjoy hand-selected soundtrack, updated management, the new "corporate skills» (Signature Skills), improved game in the defense, including the blocking of dunks and more.

►Osobennosti games: ◄
• Dynamic Living Rosters® powered by Stats, Inc. - The attributes of the players and the tendency of the League of daily automatically updated to reflect the current situation with all the ups and downs. Now everyone teamwork in the NBA match affects your game!
• Soundtrack, chosen by the King James - Music in the game personally chosen LeBron James and includes such artists as JAY Z, Eminem, The Black Keys, Daft Punk, and many others.
• System Pro Stick ™ to your joystick - forget about the slow and clumsy movements, throws and failed pasach. Control system Pro Stick ™ is the most accurate and intuitive system manipulated in basketball simulator! (Requires a joystick with two analog sticks).
• Proprietary skills (Signature Skills) - Six new branded skills fully reflect all of the unique abilities of each of the players of the League.
• More style - a huge variety of branded movements of jumps and throws up greetings.
• Due to the significant renewal of virtually every aspect of the game, NBA 2K14 includes more animation movements than any other basketball simulator.

WARNING: This key to activate on Steam.

• If not installed Steam client, download and install it.

• Log in to your Steam account, or register a new one if you do not already have.

• Go to "Games" and then there is the "Activate via Steam».

• Enter the activation key (to obtain it is necessary to buy NBA 2K14).